Eglantine Aguilar, a model who once declared her intention to “bed an entire Premiership team” has now revealed she’s pregnant with the child of an unnamed Premier League footballer.

According to the Daily Star, Eglantine has slept with as many as eight footballers and one of them has now been left shell-shocked after finding out he’s going to be a father.

However, he’s also apparently been supportive, according to Eglantine, who says they had a brief romance last year.

“Yes I am ­pregnant, and I’m really happy, it’s a complete blessing,” she said.

The 29-year-old is said to have had flings with some big names like Ashley Cole, Mario Balotelli, Marouane Fellaini, Saido Berahino and Joe Willock, but none of these are the father.

The baby is due in July and Eglantine says she’s happy, even if it was unexpected.

“It wasn’t at all expected but I am ready for motherhood and I can’t wait to meet my little boy,” she said.

“I’ve been through a lot with men, ­especially footballers, but this news is such a joy.” 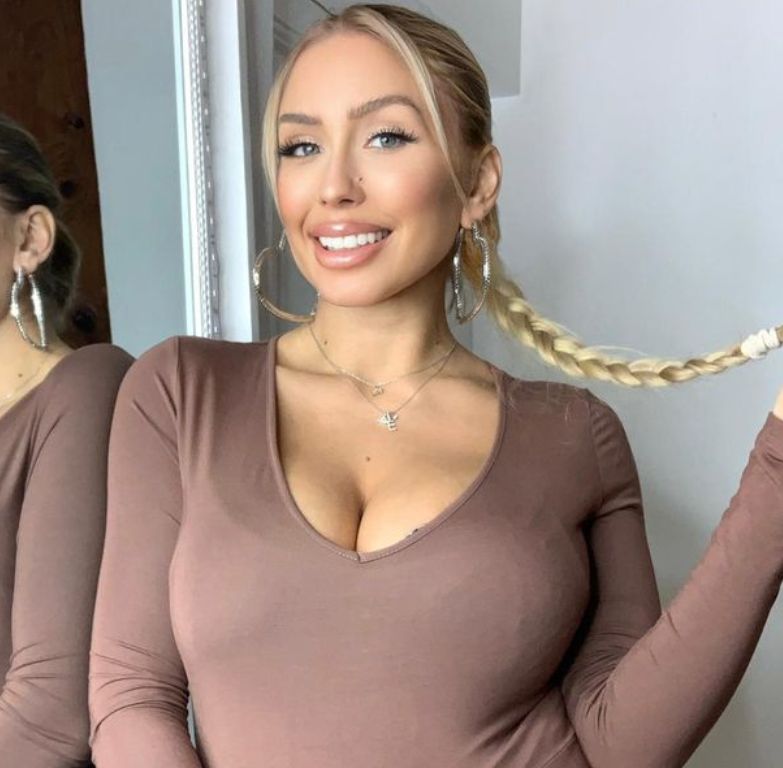 A source close to the pair said: “Neither of them were expecting this and when they found out it literally turned their lives upside down.

“The dad was pretty shocked, it’s not what you expect when you’ve just been seeing someone a few weeks.

“Eglantine is planning on being a ­single mother and raising the baby in France, where she lives.

“The dad has been supportive and has said he will do whatever he can to make sure they are cared for.”