Real Madrid have scored a second goal against Liverpool in Madrid, with the Premier League champions falling apart in the Champions League quarter-finals.

Liverpool headed into today’s game on the back of a 3-0 victory over Arsenal at the weekend. Jurgen Klopp, with all that he’s endured over the past few months, must have thought his side had a fighting chance heading into this.

However, when Vinicius Jr gave the home side the lead just before the half an hour mark, you got the feeling that this could be a long night for Liverpool, who had not been able to do anything productive with the ball prior to the goal.

Klopp’s men did not respond to going a goal down, either, and instead have capitulated, with more poor defending resulting in Marco Asensio having a tap-in into the back of Alisson Becker’s net.

It’s gone from bad to worse for the Reds ?

Major work to do in the second half! pic.twitter.com/YRHou8El2v 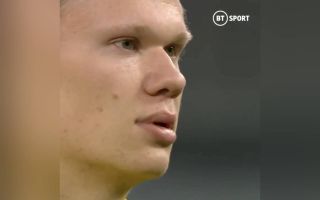 There’s only been one half played of this four-half Champions League tie, and it already looks like an uphill task for Liverpool to reach the semi-finals of the competition.

One man that needs to get his act together is Trent Alexander-Arnold, who assisted this goal for Real Madrid. He’s had an absolute nightmare 45 minutes.