With chickens now showing up on the Fortnite island as a new way to rotate, there is no shortage of options on how to avoid the storm.

Thanks to what is almost guaranteed to be an exploit, you can use a door of all things to fling yourself across the map using the Bouncy Eggs, but even when those are gone, there are other options.

If you can get your hands on a pair of Hop Dualies, the same ability will be open to you, so if you want to give it a try, here’s what you have to do.

Depending on when you’re reading this, you might still have access to the eggs, so that should definitely be your first option when trying this one out.

Epic needs to fix this..Today I show you guys the new super jump door launch in Season 6! It’s situational so its not completely gamebreaking but I think it should still be fixed! Hope you enjoy! 📺 Watch me live at: twitch.tv/sypherpk 🌟 Socials 🌟 🐥 Twitter: twitter.com/sypherpk 📷 Instagram: instagram.com/sypherpk/ 💌 Discord: discordapp.com/invite/sypherpk 📚 Facebook: facebook.com/SypherPK 🎥 Produced,…2021-04-07T16:15:01Z

In a video from Fortnite YouTuber and streamer SypherPK, he shows off this exploit and it looks very powerful.

All you’ll need to do is have the hop rocks effect active and enough builds to get a floor and wall with a door.

To make the exploit work, all you’ll have to do is open up the door and jump on it, have the hop rock effect active, and then close it. If you did it correctly, your character should be sent flying across the map.

It might take a couple of tries to get it done perfectly, but once you know how it works, it’s a very effective tool. Of course, it’s a lot easier when you have the Bouncy Eggs in the game, and those might be disappearing for good when Thursday rolls around.

The higher up you build, the better this rotation will be because it’ll not only send you shooting out from your door, but it’ll also negate all fall damage that you encounter. You’ll just have to be wary about getting your builds shot out before you can pull it off.

Is There a Problem Here? 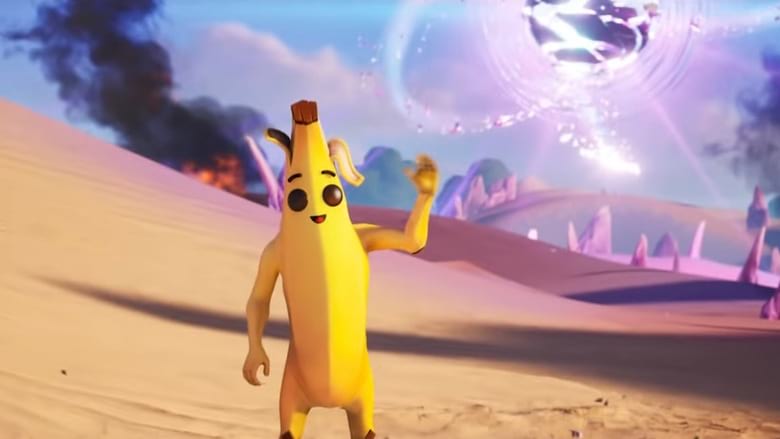 This could prove to become a big issue if more and more players start taking advantage of it. Chances are pretty good that you’re not going to have your game ruined because of this exploit, but it can be pretty annoying to try and hunt down a player who keeps on doing this to you.

If the Bouncy Eggs disappear from the game on Thursday when Spring Breakout ends, then we’ll see far fewer players doing this as you’ll need to get an Exotic gun to pull it off or you’ll need to fish up some Hop Floppers.

There are many ways to rotate in the game currently with boats and cars both being great options. That’s not even mentioning the chickens as a way to float far across the island in a hurry. The truth is that you don’t even have to rely on this exploit for anything other than getting away in a hurry or surprising your enemy.

It’ll be worth trying out once or twice, but once it starts taking a toll on your Gold supply, it might not longer be worth it.

READ NEXT: Every Fortnite Season 6 Map Change So Far