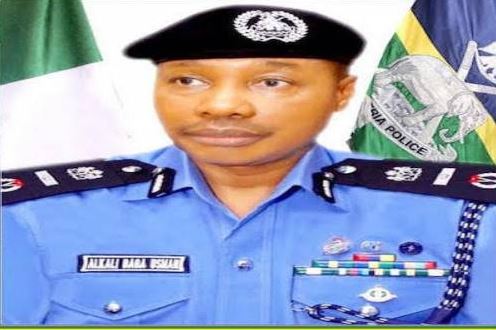 The appointment of Usman Alkali Baba as the  acting Inspector-General of Police has elicited comments from Nigerians.

President Muhammadu Buhari on Tuesday approved the appointment of Baba to succeed Mohammed Adamu, the immediate past IGP.

The Minister of Police Affairs, Maigari Dingyadi, had disclosed this while briefing State House correspondents at the Presidential Villa, Abuja.

His appointment is subject to the approval of the Council of State meeting expected to be convened soon.

The development comes months after calls for Adamu’s removal following the expiration of his tenure.

Buhari had on February 4, 2021, extended the tenure of Adamu as the IGP by three months.

The President had said the decision to extend the IGP’s tenure for another three months was to give time for proper selection of the new helmsman.

The move, however, was contrary to the provisions of the Police Act 2020, which in Section 7 (6) fixes a single term of four years without an option of extension of tenure for the holder of the office of the Inspector-General of Police.

“A person appointed to the office of the Inspector-General of Police shall hold office for four years,” it read.

Section 18 (8) of the Act signed by President Buhari on September 15, 2020, also read, “Every police officer shall, on recruitment or appointment, serve in the police force for 35 years or until he attains the age of 60 years, whichever is earlier.”

Despite the outrage, Adamu spent two months and three days out of the three-month extension before he was eventually replaced.

The appointment of his successor has continued to elicit mixed reactions from Nigerians on Twitter.

Reacting, a legal practitioner, Segun Awosanya, condemned Baba’s selection, describing it as an act of nepotism.

He wrote, “It seems as though it’s difficult for the President to do the right thing as misled by the Attorney General of the country. Is it that difficult to obey the law? The Police Act 2020 was signed into Law by the same President. Will nepotism kill Nigeria under this admin?”

Here are other reactions:

A Twitter user, @AlabiBusayo6, “Northern leaders just doing whatever they like, Buhari is in London for medical (check-up) and he’s appointing an acting IGP. We are fools to believe these people governing Nigeria in this regime.”

@Lincon202, “I know positions should be based on merit but is it only northerners that merit all top positions? Tribalism is the major sickness in this country.”

For @GlobalHeirNG, the appointment is a lopsided one that needs to be addressed immediately. He suggested thatappointments should be spread across the major tethnic nationalities in the country. “Must he be a northerner? With the situation of things. Look for Easterner, let him calm the issues with his people. Get Northerner in the army to fight Boko and bandits look for a Yoruba man in NSCDC (Nigeria Security and Civil Defence Corps) to dialogue with the westerners. Give autonomy and timeline. Just my view.”

@obichuk62937021 said, “Fulani herdsmen appointing Inspector general of police subject to the approval of the council of state meeting expected to be convened. Which means not even approved and Fulani had already appointed another quota man. Is this a federal state or Fulani republic?”