Lala Kent is ready for a great season of “Vanderpump Rules,” especially since she thought the last season was the worst.

In an interview on the “Behind the Velvet Rope with David Yontef” podcast, Kent reflected on the cast shakeup that resulted in the firings of veteran cast members  Stassi Schroeder and Kristen Doute, as well as the later exits of  Jax Taylor and Brittany Cartwright from the Bravo reality show last year. Schroeder’s husband Beau Clark, also said he wouldn’t return.

“It’s s hard when your job is also like hanging out with your best friends and then they’re no longer a part of it,” Kent said of filming the new season without her former co-stars. “It just, it changes…. A piece of my friendship pie is gone and that’s really hard.”

But while she misses her close friends, Kent also revealed that she is happy about some of the cast changes that took place over the past year. 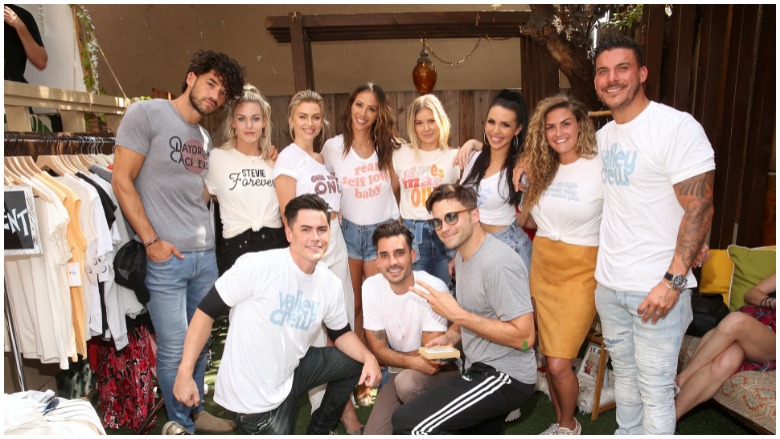 In addition to the original cast members, last year’s cast cleanup also firings of newcomers Max Boyens and Brett Caprioni. In addition, in April, Dayna Kathan announced she was leaving the Bravo reality show after one season, and fellow newcomer Dancia Dow is also not expected to return for Season 9, according to the Ashley Reality Roundup. In fact, the only “Vanderpump Rules” Rules” newbie who has been spotted in recent cast photos is SURver Charli Burnett.

Kent told “Behind the Velvet Rope” that the supersized Season 8 cast was too much.

“I remember filming last season and being like, this is going to be the best season we’ve ever done,” she said. “And then I watched it and I couldn’t even get through an episode.”

Kent admitted she was totally in agreement with fans that there were too many newcomers.

“I was like, this is, ‘What even is this?’” she said. “How do you even follow anything that’s going on? Like way too many new faces, way too big of storylines for people that are brand new. Like no one’s invested in these people. And you know, now look at where we are. None of those people are even on the show, we spent an entire season like trying to make them happen.”

Kent noted that while Season 9 could have some new cast members, it will be “very different” from last season.

“I think everybody learned from last year and said, ‘We’re not doing that again,’” she said.

“Vanderpump Rules” boss  Lisa Vanderpump has already confirmed that there will be some new SURvers on the coming season of the Bravo hit.

“We’ve got a couple of new people,” Vanderpump told Entertainment Tonight earlier this year. “We’ve lost a couple of people along the way, but we’ve still got a big cast of people that are very familiar with each other — sometimes a little too familiar — but it’s got a lot of great energy behind it.”

On an episode of the “No Filter With Zack Peter” podcast, it was announced that actor Ryan Malaty has joined the cast of “Vanderpump Rules.” Bravo has yet to confirm Malaty’s casting – or anyone else’s — on the show.