Lala Kent opened up about her plans for a second baby nearly five months after welcoming her first child, a daughter named Ocean Kent Emmett, with her fiancé Randall Emmett.

The “Vanderpump Rules” star told Entertainment Tonight that her film producer fiancé has been talking about having another baby for months, despite his claims that she wants to jump the gun on expanding their family.

“He did this interview and he was like, ‘I tell Lala to slow down,’” Kent told ET. “I’m like, ‘What planet do you live on? You’re the one, Ocean, a month in saying you’re ready for another and I’m telling you to slow down.’ This is like, ‘Do not project onto me.’ ”

Kent admitted that she has been looking at pictures of her daughter from when she was first born in March 2021, and that she already knows that she has “got to get another one.” The new mom added that while she has put her wedding plans on indefinite hold due to the COVID-19 pandemic, she does have a baby-making timeline.

“When Ocean turns one, I would like to start trying [for a baby] again,” she said.

In addition to baby Ocean, Emmett has two other daughters, London and Rylee, with his ex-wife Ambyr Childers. But while Kent claims her fiance is already ready to be a dad of four, Emmett recently said it’s the Give Them Lala Beauty founder who has babies on the brain.

“She keeps talking about another baby, so I’m like, ‘Slow down!’” Emmett told Us Weekly in July 2021. The Oscar-nominated filmmaker added that he and Kent agreed to wait a year to try to give Ocean another sibling, but that he’s good with “practicing” the baby-making.

“Now that the baby’s out and thriving, we have had some really good date nights and have found a way to have our [time] where everybody is out of the way,” he said of his relationship with Kent. “We’re thriving.” 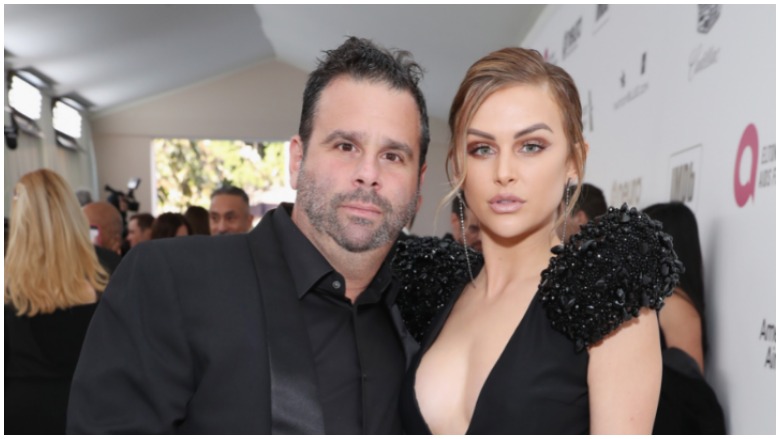 Kent has long talked about her age gap with Emmett, who is 20 years her senior.  During a recent appearance on “The Wendy Williams Show,”  the 30-year-old “Vanderpump Rules” veteran said her man’s older age is not an issue for her.

“He does not act 50,” Kent said. “We meet each other in the middle. We balance each other out. I never imagined I’d be with someone 20 years older than me. Trust me.”

She made a similar statement on the “Going to Bed With Garcelle” podcast.

“Age is just a number,” Kent said of Emmett. “He has more energy than I do so I’m actually looking forward to him getting older because I’m like, ‘I need you to calm down, a little bit.’

But in May, Kent told Us Weekly that the couple’s “clock is ticking” for more kids because Emmett is so much older. The former SUR hostess joked that while she still has plenty of time to raise kids, she didn’t want Emmett “to be 90 years old walking into [their] son or daughter’s high school graduation.”