Lisa Vanderpump says the upcoming season of “Vanderpump Rules” is “fabulous,” despite the loss of multiple original cast members.

While speaking on the “On With Mario Lopez” podcast, Vanderpump dished on the more “adult stories” with a streamlined season 9 cast.

“Some of them have grown up, some not so much,” Vanderpump said. “It has a slightly different flavor this season but it’s still very intense and very convoluted.”

The SUR owner added that the success of “the Bravo reality show is “the authenticity of these relationships that have been so entwined so many years.”

“It drives a lot of feelings,” she continued. “These kids have no problem expressing themselves.”

Even with the exits of OG cast members Stassi Schroeder,  Kristen Doute, Jax Taylor, and Brittany Cartwright, Vanderpump promised a “great season, a lot of feel good moments, a lot of celebration.”

“Still it did get a bit sticky I have to say,” she teased.

Stassi Schroeder, Kristen Doute, Max Boyens, and Brett Caprioni were fired from “Vanderpump Rules” last year when their past racially offensive behavior was unearthed. Jax Taylor and Brittany Cartwright also stepped down from the show. When asked about filming with the longtime cast members, Vanderpump pointed out that several of the main stars weren’t there from the beginning when “Vanderpump Rules” debuted in 2013.

“It’s a little bit of an evolving show,” she explained. “We have people that have joined the cast, people like Lala [Kent], kind of joined the cast a third of the way through. James Kennedy wasn’t an original cast member. We have Randall [Emmett], we have Raquel [Leviss].”

“So we’ve lost some across the way, but I think it was the right decision,” Vanderpump continued. “It was Bravo’s decision. Listen… some of them have learned from their mistakes, [I wish] we’d seen that growth on camera, but it was their decision so we just had to deal with it. But certainly, we were a very large cast to start with if you think about it, so there’s just as many complications as there was, that’s for sure.”

Vanderpump also dished on her more-involved role this time around.

“It’s a fabulous season,” she said. “I think I’m very much in a mentor kind of position with a lot of them trying to start things on their own. But it’s just these people are so kind of connected to each other emotionally. It certainly does always kick off,  for sure.” 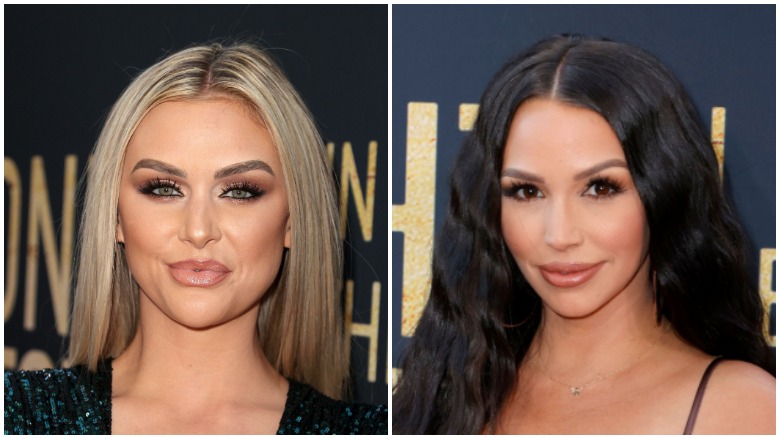 Even with past pot-stirrers no longer on the cast, the new season of “Vanderpump Rules” won’t be short on its usual drama. Vanderpump told Bravo’s Daily Dish that when filming began after the long lockdown due to the COVID-19 pandemic, the cast — which includes Kent, Scheana Shay, Tom Sandoval, Ariana Madix, Tom Schwartz, and Katie Maloney-Schwartz —  let it all out.

“Some might be more mature, but definitely you feel that they’ve been locked up for a year, that’s for sure,” Vanderpump said of the cast. “Nobody does it like these kids. And they live their lives like that on-screen and off-screen. Everything’s, like, they make big statements, there’s big emotions, it’s complicated dynamics. It’s just a group of people that are very vocal and sometimes volatile.”

Vanderpump told Entertainment Tonight that the storylines will be  “a little more focused” with the trimmed-down cast, but she also teased, “We’ve got a couple of new people. We’ve lost a couple of people along the way, but we’ve still got a big cast of people that are very familiar with each other — sometimes a little too familiar.”