Since 2013, the cast members of “Vanderpump Rules” have been raising their glasses in the show’s opening theme. But there’s no doubt the opening credits have gotten more and more glamorous over the years.

The song hasn’t changed — the club-ready Dena Deadly song “Raise Your Glass” is still the soundtrack for the Bravo reality show’s intro — but the cast members have.

While the recent “Vanderpump Rules’ cast shakeup means fans won’t see Stassi Schroeder balancing a gravity-defying drink tray or  Jax Taylor pouring a Pumptini while staring straight at the camera, it was business a usual for the surviving cast members as they recently filmed the season 9 opener.

In photos from the season 9 shoot shared to Instagram and seen above, cast members Katie Maloney-Schwartz, Ariana Madix, Lala Kent, Scheana Shay, and Charli Burnett were in full glam mode with professional hair and makeup and stunning dresses.

SUR manager Peter Madrigal was also seen in one of the shots as he posed with longtime cast member, James Kennedy.

In a video shared to Instagram, some of the other male cast members, including Tom Schwartz and Tom Sandoval, could also be seen in the background as the cast gathered to shoot the opening credits.  Shay’s fiance, Brock Davies, was also spotted in the background of the shoot.

The New Cast Members Weren’t Seen in the Group Shots 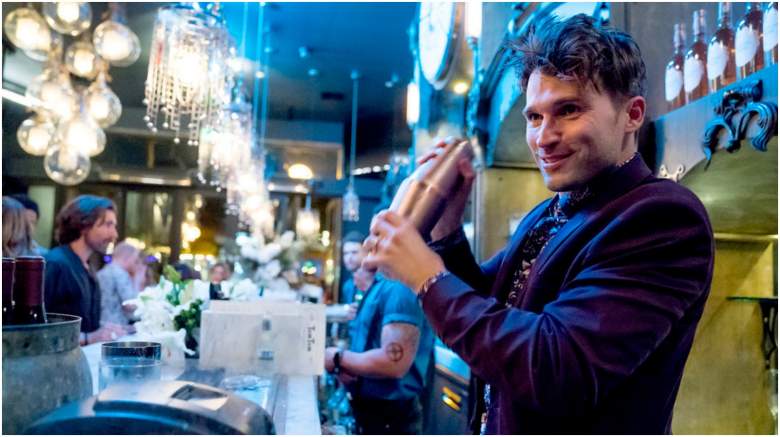 While there hasn’t been an official confirmation from Bravo, Lisa Vanderpump has already teased that there will be some new faces when “Vanderpump Rules” returns from its long hiatus.

“We’ve got a couple of new people,” the SUR owner told Entertainment Tonight earlier this year. “We’ve lost a couple of people along the way, but we’ve still got a big cast of people that are very familiar with each other.”

Lala Kent also talked about the newcomers but made it clear they won’t dominate storylines in the way that one-season wonders Max Boyens, Brett Caprioni, and Dayna Kathan did in season 8. Kent told Entertainment Tonight that the show “lost amazing people” who brought a lot of stuff” to the series. But she also teased that “it’s interesting” to see what happens “when you take people out of a group dynamic.”

Kent also told the “Chicks in the Office” podcast that the newcomers on the show won’t be as visible as they were in season 8.

“You’ll see nee faces but they will not be as heavily shoved down your throat as they were season 8,” the Give Them Lala Beauty founder said. “It makes us all happy… none of these new faces have tremendous storylines.”