Tom Schwartz and Tom Sandoval opened about their biggest regrets from the first eight seasons of “Vanderpump Rules.”

In a new interview, the TomTom partners took a not-so-nostalgic walk down memory lane and addressed their past bad behavior.

Schwartz and Sandoval have come a long way since their party boy days. The besties are now bona fide restaurateurs after partnering with Lisa Vanderpump to open the West Hollywood bar, TomTom. But back in the day, they both displayed questionable on-camera behavior.

Here’s what they regret doing: 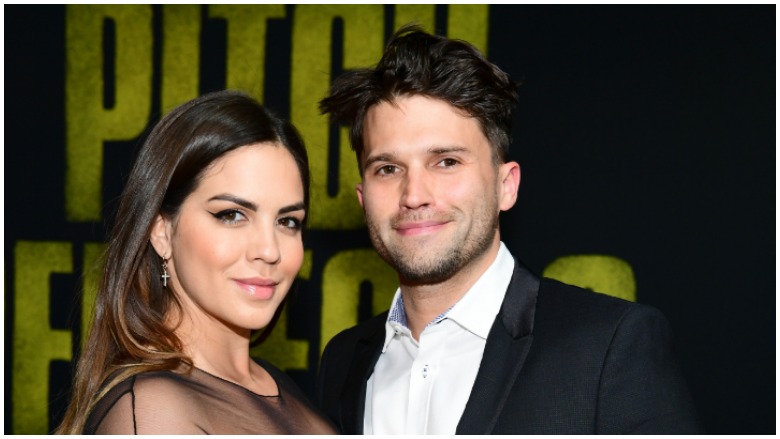 Getty Katie Maloney-Schwartz and Tom Schwartz pose together at an event in Hollywood, California.

Schwartz told Us Weekly that one of his biggest regrets was tossing a drink at Katie Maloney during season 2 of the Bravo reality show.

“I just cringe. I wince at the thought of that,” he admitted of the incident. “There’s a lot of shame. We’ve moved past that. … I’m at peace with it all. I don’t recommend it and I’m not encouraging and I’m not defending it, but, you know, I got it out of my system.”

“I sort of snapped,” Schwartz explained at the time, per Bravo. He later admitted that throwing the drink at his girlfriend was an “a**h*** move” and he “shouldn’t have done it.”

Schwartz also regretted giving Maloney a ring on a necklace while they were at Scheana Shay’s wedding. While he claimed his “intentions were pure” and he thought the “ring on a string” was a “cool concept,” he admitted it was bad timing.

“It had heart, but my timing — for the love of God — do not give your significant other a ring at someone else’s wedding,” Schwartz told Us. “This is 101 stuff, you know, this is obvious.”

According to Bustle, Schwartz’ timing wasn’t the only thing off. Maloney had warned Schwartz to never buy her a ring unless it was “the” ring, but he bought the ring on a string to “show his commitment” in lieu of a real proposal.

“That’s not exactly what a woman pushing 30 wants to hear,” Maloney said at the time.

When it came time to buy a real engagement ring, Schwartz enlisted the help of celebrity jewelry designer Kyle Chan.

“I wheeled and dealed my a** off for that thing,” Schwartz told Bravo’s The Daily Dish. “I pulled a lot of strings.  I thought about putting it on a string — I really did. That’s a joke.” 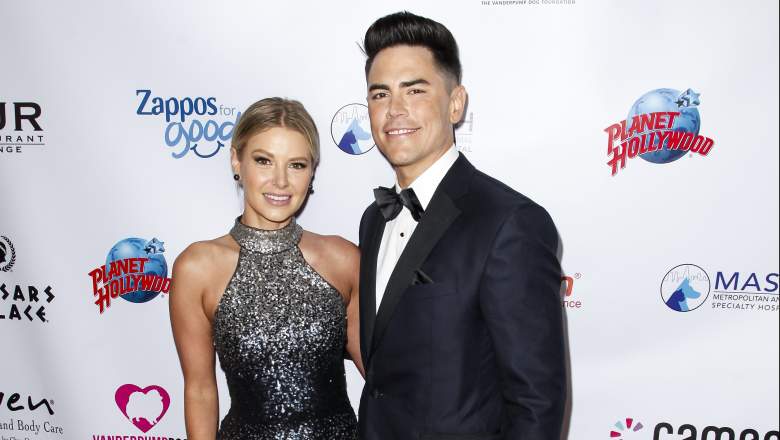 GettyTom Sandoval and Ariana Madix are facing a lawsuit over their book.

After a wild night out in Miami several years ago, Sandoval was involved in one of the biggest “cheating” scandals ever on “Vanderpump Rules.” In the Us interview, the longtime SUR bartender said he regretted ever agreeing to film with “Miami Girl,” the woman he was accused of cheating on Ariana Madix with during season 3.

Fans may recall that Sandoval’e ex, Kristen Doute, tracked down the girl–  Annemarie Kunkel – and brought her to SUR in an attempt to prove that Sandoval had cheated on Madix. Sandoval hightailed it out of the restaurant when he was confronted and accused Doute and Miami Girl of making the cheating story up.

“If I can do anything over again, I just would have never even filmed with [her],” Sandoval told Us of Miami Girl. “I just don’t think it’s really fair. Like, so I can, like, make up something about anybody and then end up on our show? I wish I would have just never even engaged in that at all.”

At the time of the scandal, Kunkel told Star magazine that she had no idea Sandoval had a girlfriend when she hooked up with him.

“Tom seemed like a great person and then you find out that everything he must have said was a lie,” she said, “I can only imagine how [his girlfriend] Ariana feels, because she’s with this guy and thinks he’s so sweet. But he’s not. He is heartless.”

But Madix told Pop Dust that she believed Sandoval because nothing Doute or Miami Girl said about the night in question added up.

“It’s frustrating for both of us because it makes Ariana look naive and it makes me look untrustworthy,” Sandoval added at the time.

READ NEXT: Why Scheana Shay & Brock Davies Signed a Prenup