The “Real Housewives of Beverly Hills” veteran weighed in on the recent social media drama the 38-year-old “Keeping Up With the Kardashians” alum is embroiled in – and she did it without saying a word.

Here’s what went down:

Scott Disick Got Caught Talking Smack About His, Ex-Kourtney Kardashian, Whom He Shares 3 Kids With 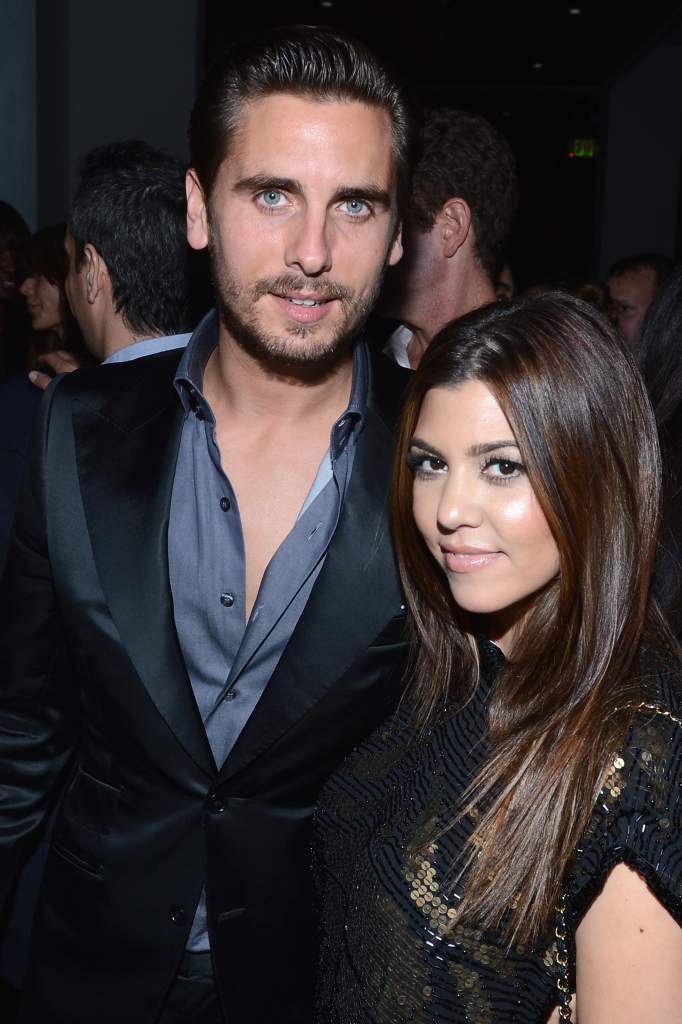 Disick famously had a long relationship with Kourtney Kardashian, which produced three children, Mason, 11, Penelope, 9, and Reign, 6.  But last week, another one of Kardashian’s exes, model Younes Bendjima, posted a screenshot to expose a message that apparently Disick sent him about their mutal ex, according to E! News. The screenshot featured Kardashian making out with her new beau,  Blink 182 drummer Travis Barker, while vacationing in Italy.

“Yo is this chick ok!????” Disick asked Younes in the caption in an ill-fated attempt to vent about their mutual ex. “Broooo like what is this. In the middle of Italy.”

Younes replied that he didn’t care as long as Kardashian was happy, then confirmed to Disick, “PS: I ain’t your bro.”

A source told ET Online that Disick has been “salty” over his ex’s serious relationship with Barker. Meanwhile, his current girlfriend, Hamlin, was said to be “annoyed” by the whole exchange.

“Amelia was definitely annoyed by Scott [allegedly] DMing Younes about Kourtney,” the insider added.”Scott is trying to move on from the whole situation, but is a little embarrassed that he reached out to Younes and that he posted their exchange.”

But Hamlin appeared to shade her boyfriend when she posted an Instagram Story of a photo of a white tank top with pink letters that said, “Don’t you have a girlfriend?”

Lisa Rinna ‘Manifested’ a New Boyfriend For Her Daughter

It didn’t take long for Rinna to give her two cents on the situation. The Bravo star posted a photo of a Harry Styles on Instagram. The photo featured the One Direction alum covering his mouth while standing on stage. Rinna not caption the pic, but she didn’t have to. Fans know that the “RHOBH” star loves the singer and wishes her daughter would date him.

On a recent episode of “RHOBH,” Rinna even said of her youngest daughter’s relationship, “Like, why can’t it be Harry Styles? Why the f*** is it Scott Disick?”

Rinna has long expressed concern about her 20-year-old daughter’s 18-year-old age gap with her boyfriend. An insider told E! News that when Hamlin first started dating Disick, her parents believed it was “just a phase” and would fizzle out.

In the comment section to Rinna’s new post, several fans and celebrity friends reacted to what seemed to be major shade against Disick.

“Lisa Rinna are you saying they broke up? “another fan asked.

“The SHADE,” another chimed in.

As for Hamlin, while she also seemed to throw shade at her own boyfriend, she may not have ended her relationship with him. The ET source claimed the model “is not going to do anything about” his social media snafu and that she’s still with the dad of three.

“They are spending Labor Day in New York and planning to go to The Hamptons and then be in NYC for Fashion Week,” the insider dished.

Still, Hamlin shared an Instagram photo to reveal she was going to a girls’ dinner over the weekend, so she clearly had some time away from her boyfriend.