Nicole Franzel is busy juggling her work as a podcast host, YouTuber, and influencer with her new role as a mom, but she has just added another thing to her plate.

The 29-year-old “Big Brother” season 18 champ has revealed that she will learn a foreign language — and it sounds like she plans to do it in record time and for a very good reason.

Here’s what Franzel said about her new goal:

In a new Instagram story, Franzel revealed she is using an app to learn Spanish because she and Arroyo plan to raise their son as bilingual.

“I’m wanting to learn Spanish because it’s my husband’s first language and we plan on teaching Arrow as well,” the reality star wrote.

Franzel added that she needs “to know what Victor and Arrow are saying when they speak Spanish together.” She joked that she can’t have Arrow and his dad talking about her and her not knowing what they are saying.

Franzel revealed that she is using the Babbel program to learn Spanish and plans to spend at least 30 minutes per day on the app. She noted that 15 hours on the app equals a college Spanish course. 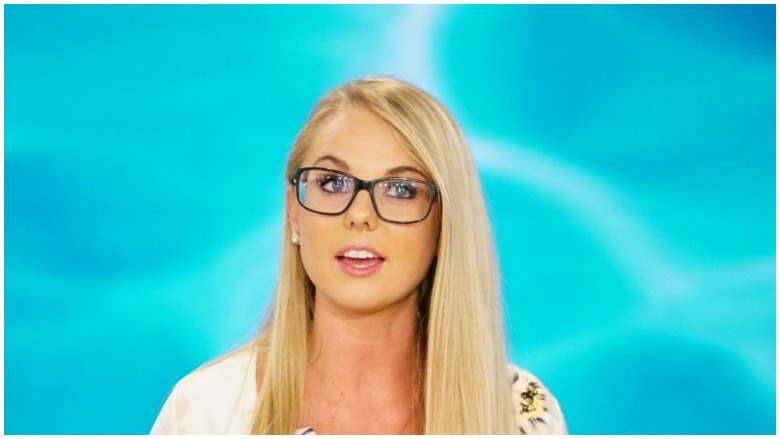 “Big Brother” fans know that Arroyo’s family was originally from Puerto Rico and that he speaks Spanish with his family. He even made a quick trip back to Puerto Rico just before Franzel gave birth. Arroyo shared a clip from his trip to Isla Del Encanto on Instagram and wrote, “Can’t wait to show Baby Vic his Latino side [Nicole] and Arrow will be making their first trip to the motherland next summer! Thanks to Nicole for letting me go 2 weeks before labor. Surprised all my family back home.”

Arroyo’s Spanish heritage is well known by fans. His social media nickname is “el fit Vic,” which means “the fit Vic” in Spanish. (He used to be a gym manager before becoming a Michigan state police officer.)

And when Arroyo and Franzel were trying to come up with a nickname for their son, they considered using a Spanish nickname on their “Coco Caliente” podcast.

Franzel suggested “Four,” as a play on the baby’s IV, and Arroyo agreed — with a Spanish twist.

Speaking of “Cuatro,” Franzel had no idea what that word meant back in 2014. At the time of her first “Big Brother” season, she was part of an all-female alliance alongside Amber Borzotra, Joey Van Pelt, and Paola Shea. per Big Brother Fandom.

But Franzel was clueless when it came to the foursome’s alliance name, which was “El Cuatro.”

“I’m all about girl power, but what does ‘El Cuatro’ mean?” Franzel said at the time. per MLive.

Unlock the latest Big Brother news, rumors and exclusives — direct to your inbox. ↓