One of Britain’s most famous beauty spots could ban wild camping, overnight stays in caravans and group barbecue because of bad behaviour which soared during the pandemic.

The new rules have been proposed for Dartmoor, Devon – a national park known for its vast open moorlands and its varied wildlife.

The aim of the potential restrictions is to better protect the park and follows ongoing concerns about visitor behaviour over recent years, heightened last summer.

The national park bosses have pointed to an increase in attacks by dogs off leads and wild campers damaging the ‘fabric of the moor’ as well as its wildlife and archaeology.

The National Trust last year described a ‘disposable festival’ mentality which on a scale that had not been seen before that was taking staff away from vital conservation projects to clean up. 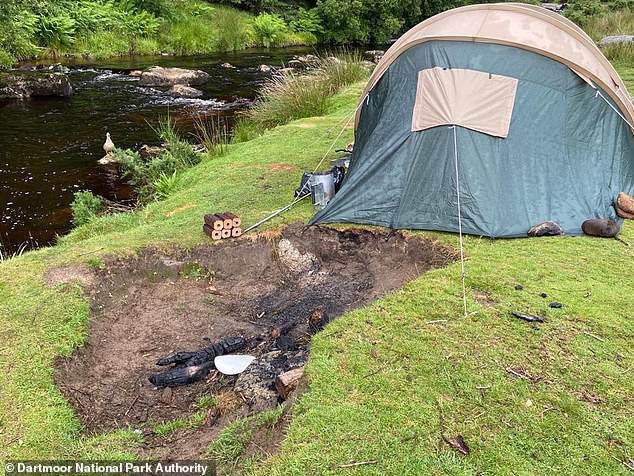 Dartmoor National Park Authority could ban wild camping because of bad behaviour which soared during the pandemic. Pictured: a tent and fire pit left by campers in Dartmoor 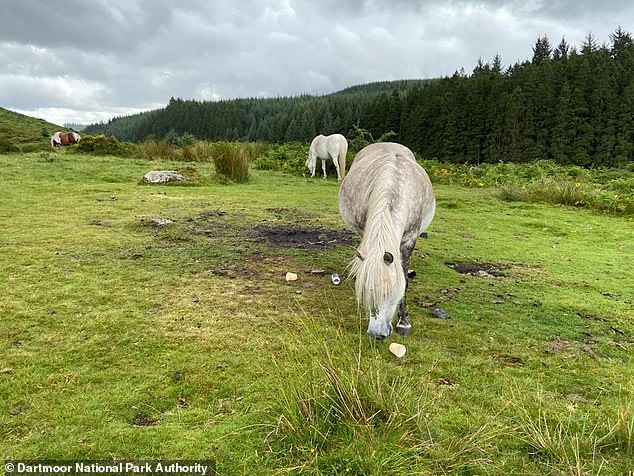 What are the rules on backpack or wild camping in Dartmoor National Park?

You can backpack camp on some parts of Dartmoor.

This is by carrying your own equipment as part of your walk and staying one or two nights max.

You can only do this in certain areas and overnight stays in vehicles, campervans or motorhomes are not permitted.

In addition, the bylaws do not allow large tents or large groups and instruct that they should find a campsite on Dartmoor.

The classic and most important rule of wild camping is that you should leave no trace.

Wild campers should not light fires and remember to take all rubbish home with them when they leave.

You must camp at least 100m from the road, making sure you are out of sight and leave no trace.

Dartmoor National Park currently has several bylaws in place to protect its wildlife, habitats, cultural heritage, archaeology, and the livestock that graze the commons.

Wild camping, where walkers pitch up a tent on open land and not at a campsite, is legal in Dartmoor but only within certain areas of the national park which have been set out in the bylaws.

Wild camping was temporarily banned last August after the National Park and Forestry England reported a spike in littering and poor behaviour by wild campers.

The spike in visitors, prompted by lockdown rules, saw the park authority use emergency powers to introduce the 27-day ban at Bellever (Riddon Ridge).

On one night alone, marshalls spotted up to 70 tents in a single spot at Bellever while 50 fire pits were counted along the river bank.

They described the situation as ‘unsustainable’ with ‘littering, human waste and fires causing damage to habitats and animals.’

This, they say, is harmful to wildlife on the moor and threatens the ancient monuments at Bellever – including Bronze Age hut circles which are 3,000 years old.

Now Dartmoor National Park Authority members have agreed to draft proposals to review its bylaws to improve public understanding and address issues which have the potential to damage the national park. 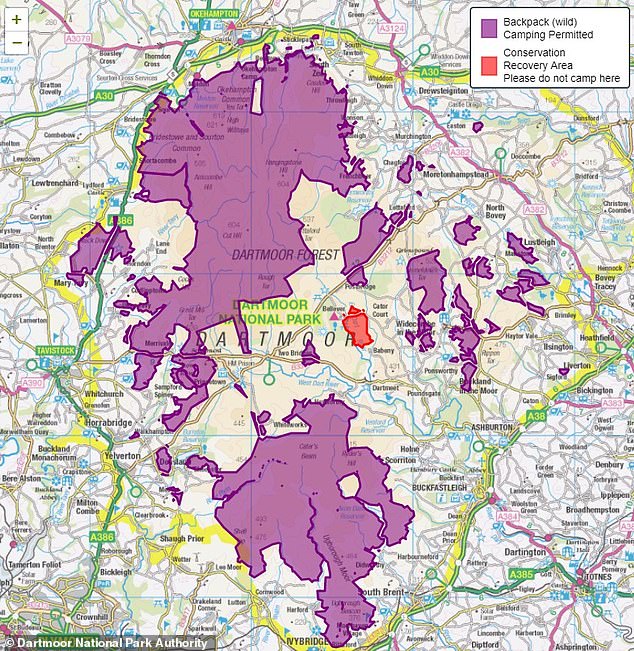 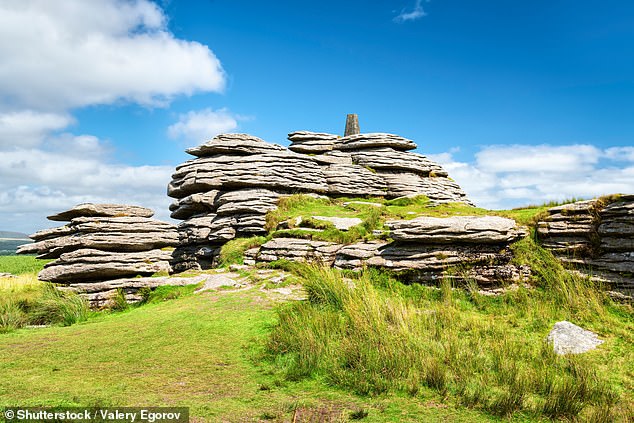 National Park bosses say the problem is worst around Bellever, one of the most popular spots where marshals spotted as many as 70 tents in one night last year. Pictured: Bellever Tor 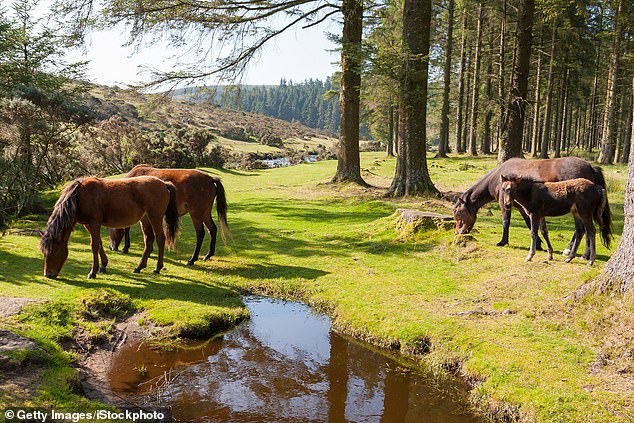 Dartmoor National Park is one of only a few places where it is legal to wild camp however bylaws restrict exactly where this can be done. Pictured: Ponies graze at Bellever in Dartmoor

The review is expected to start from the week beginning September 20.

Dartmoor’s director of conservation and communities Alison Kohler said: ‘We are doing this to ensure the bylaws are fit for purpose and help protect the National Park for all to enjoy today and tomorrow.

‘Updating the bylaws is an important topic for everyone who cares about Dartmoor whether it is landowners, commoners, residents, businesses or visitors, and we recognise people will want to have a say.

‘Following the Authority agreement a draft set of bylaws will go out to public consultation from the week beginning September 20.

‘We’re keen to hear a diverse range of views so we can develop bylaws that are relevant, clear, enforceable and enable people to enjoy Dartmoor, help look after it.’

A report from Simon Lee, Ranger Team Manager, added: ‘The Authority and our partners have been concerned that Dartmoor is perceived to be the only place in the country where you can legally wild camp. 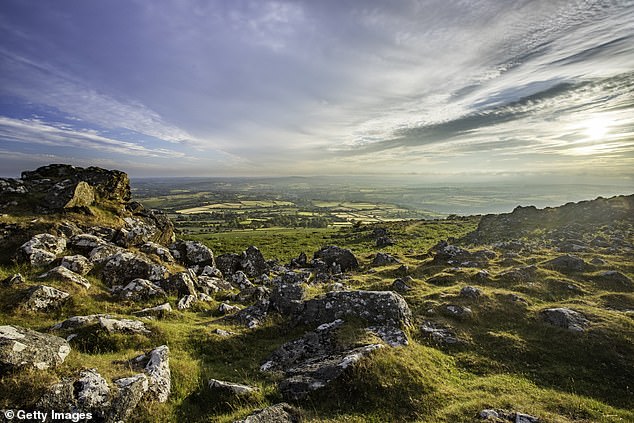 ‘Members are aware of the damage to the fabric of the moor, to wildlife and to archaeology following large groups of people camping near Bellever last summer.

‘We need clarity in the wording of the bylaw to ensure that future wild camping on Dartmoor is within the original ethos of the Dartmoor Commons Act 1985 which was to allow people to put on their backpacks and camp away from roads, buildings and other people in a remote location as part of a walking trip or expedition.’

‘The number of incidents of dog attacks on livestock is increasing and people do not heed advice to keep their dogs on a lead during the bird breeding and lambing season.

‘There is currently a confused message about dogs across Dartmoor but the change to the bylaw ensures a consistent and clear message for the public.’

The consultation will be open for six weeks.