After ten years of keeping all as a secret, country music superstar Alan Jackson’s disease has been shared with the public, confirming that he’s been diagnosed with a degenerative nerve condition affecting his ability to walk.

If you didn’t know, Mr. Jackson is a talented singer and songwriter, well-known for blending traditional honky-tonk and mainstream country-pop sounds.

He has successfully recorded 16 studio albums, three greatest hits albums, two Christmas albums, and two gospel albums. He has sold over 75 million records worldwide, with 44 million sold in the US. 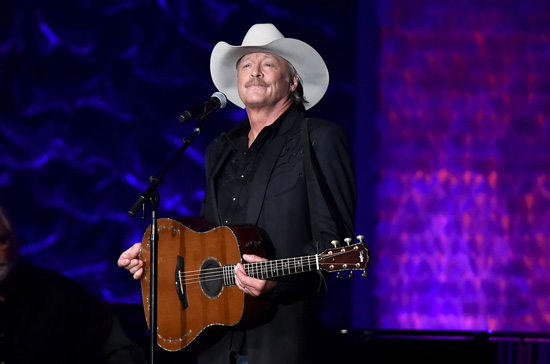 Mr. Jackson receives two Grammy Awards, 16 CMA Awards, 17 ACM Awards, and nominees of many other awards. Noted, he is a member of the Grand Ole Opry, which in 2001 was inducted into the Georgia Music Hall of Fame.

He shared due to his disease: “I want people to know that’s why I look like I do if they’re wondering. I don’t want to appear like some whiny celebrity. It’s not going to kill me, and it’s not deadly… It’s not fatal — it’s just going to disable me eventually.”

It’s said that there is no known cure for this specific kind of illness; however, it can be managed with supportive therapy, and it rarely affects the muscles involved in vital functions such as breathing.

What Is Singer Alan Jackson’s Disease

For so long not to speak up, Alan Jackson’s disease has been shared, becoming a “relief” to go public with his health woes ten years after his disease diagnosis.

The 62-year-old singer explained how he was in a long-term battle with a degenerative nerve condition called Charcot-Marie-Tooth on the TODAY show on September 28.

According to the National Institute of Neurological Disorders and Stroke, Charcot-Marie-Tooth affects the nerves from controlling the muscles, affecting an estimated 2.6 million people worldwide.

He’s been dealing with it for almost ten years, slowly affecting his ability to walk and perform on stage. He let his fans know the reason for not being able to make a balance on stage was not due to being drunk.

He said that he has this neuropathy, a neurological disease that he inherited from his dad as well as his paternal grandmother and older sister.

He expressed: “I’ve been reluctant to talk about this publicly and to my fans, but it’s been a while, and it’s starting to affect my performance on stage a little bit where I don’t feel comfortable.”